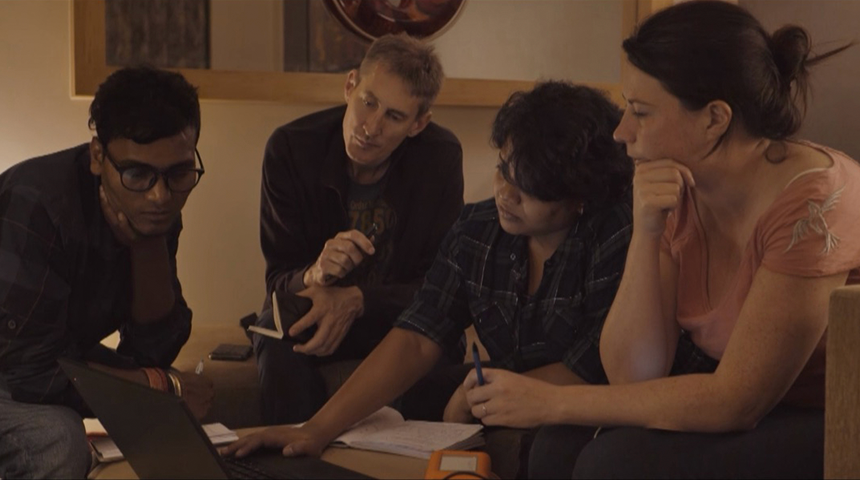 Why We Invested: Forbidden Stories

Independent journalists have a critical role to play in our democracies: they uncover truth, hold power to account, and protect one another as they do so. But globally, press freedom has faced major setbacks and journalists are increasingly under threat. Not only are their livelihoods at risk thanks to the difficulties of monetising news media, but more than ever they are harassed, jailed, or even killed by authoritarian governments and those with vested interests simply for doing their jobs. According to Reporters Sans Frontieres, the threat to journalists is growing rapidly; in 2018, 348 journalists were detained, 60 were held hostage, and 80 were killed. In many countries, both legal and illegal means are leveraged to stifle freedom of speech and repress independent voices.

One organisation working to defend freedom of information is Forbidden Stories led by award-winning journalist Laurent Richard. It is a cross-border investigative entity focused on continuing the work of assassinated, jailed, or threatened reporters, and ensuring that people get access to independent investigative reporting on cross-cutting and critically important issue areas (like environment, health, human rights, and corruption). It has also incorporated a wholly owned for-profit film studio – Forbidden Films – to produce and house documentary and digital short content to complement online written content with strong narrative for multi-media storytelling.

Calling itself “a newsroom for every journalist”, Forbidden Stories leverages a global network of correspondents (via freelancers in-country) and news outlets, a secure digital infrastructure, and an independent team of reporters to ensure stories stay alive – even when the journalists originally pursuing them are threatened, jailed, or killed. It believes that protecting and continuing the work of reporters who can no longer investigate sends a powerful signal to enemies of the press: even if they succeed in stopping a single messenger, they will not stop the message.

To date, Forbidden Stories has achieved and surpassed its goals around convening multiple multi-country investigative collaborations each year that produce high-quality written and documentary content. It has coordinated The Daphne Project, a collaborative effort that brought together 45 reporters from 15 countries to continue the investigations into Maltese anticorruption following the brutal murder of journalist Daphne Caruana Galizia, who was killed because of her work denouncing corruption, nepotism, clientelism, and other criminal behaviour in Malta. The Daphne Project’s stories made the front pages of Le Monde, Süddeutsche Zeitung, La Repubblica, The Guardian, and the New York Times’ International Edition. Its videos received hundreds of thousands of views in several languages. Less than a week after first revelations, the Council of Europe appointed a rapporteur to monitor the rule of law in Malta. Journalists from The Daphne Project also investigated the corruption scheme that involved the Maltese prime minister’s chief of staff, who was the alleged co-conspirator of Caruana Galizia's assassination, and who was arrested and questioned in late 2019 in Malta.

In 2019, Forbidden Stories’ Green Blood project, a consortium of 40 journalists from 32 media outlets, continue the work of journalists who were killed or arrested for their reporting on the environment. It publishes stories from select countries (India, Tanzania, and Guatemala) linked to the mining industry. Immediate impact post-publication included: Guatemala’s constitutional court upholding a request to suspend operations at one of the largest nickel mines in Central America in a battle over the facility’s environmental impact and technology companies examining their supply chains in Tanzania.

Luminate is pleased to support Forbidden Stories and has announced a $1.05 million funding renewal. The funding will enable the organisation to continue to expand its investigative work, grow the team, widen its network of in-country partners, and explore earned revenue opportunities via documentary content.