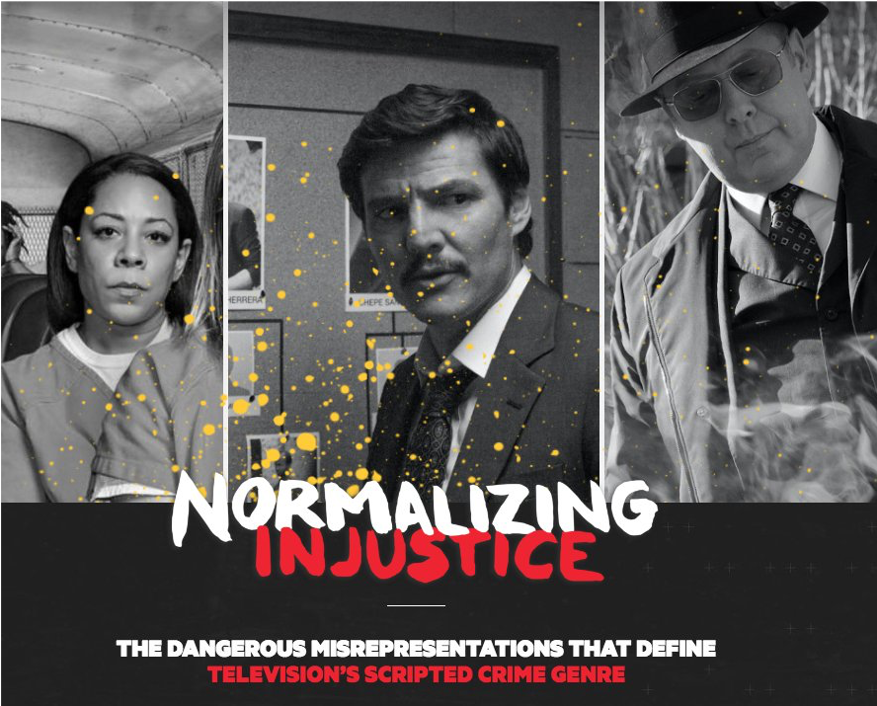 Note: Amidst the COVID-19 pandemic, Luminate is working to quickly understand and respond to emerging partner needs and prioritizing the health and wellbeing of our global team. Learn more about the actions we’re taking to support our partners here, and read our CEO’s statement responding to the pandemic here. We also wish to extend a massive thank you to all of the frontline health workers, grocery store clerks, first responders, and other essential service providers keeping our communities safe in these challenging times.

With tens of millions of people in the United States now following physical distancing protocols, the consumption of network, streaming, and cable television shows is likely to spike in the coming days, right alongside our concern for family members, friends, and neighbors. This creates an opening to reflect on what, exactly, those of us who are lucky enough to be at home are watching, and how it shapes our world.

It is with this in mind that Luminate is excited to announce a $1.5M grant to Color Of Change Education Fund, which will support their work to advance accurate representation in Hollywood over the next three years. The grant will also support the group in bringing its 1.7 million members together in key moments to help create “a more human and less hostile world for Black people in America.”

In January, Color Of Change Education Fund published a groundbreaking report, Normalizing Justice, that catalogues how crime television shows grossly misrepresent the realities of the U.S. criminal justice system and how Black communities are affected by the injustices in the system. The report, which has received attention from outlets including Variety, Vice, Mic, The Guardian, and the Chicago Tribune, examined 353 episodes across 26 television crime TV shows to understand how these shows’ portrayal of race and and the criminal justice system compares with reality. They found that injustices committed by the police are routinely normalized and that systemic racism within the justice system is almost completely ignored, with Black people almost never shown as victims of the system’s injustice.

Rashad Robinson, President of Color Of Change Education Fund, summarizes the findings of the report saying, “These series make heroes out of people who violate our rights. They present the powerless as those who actually manipulate the system most. They present a momentary flash of remorse about killing or wrongly jailing us as all the accountability that’s needed. Claims of injustice are represented as a dubious ploy for the guilty to hide behind and as nothing more than ‘the race card’ that cunning and corrupt characters play. They frame objections to illegal and immoral behavior as the laughable ignorance of the naive who know nothing of ‘how things really work on the streets.’”

Nina Metz argues in the Chicago Tribune that this misrepresentation in crime TV shows is not just harmless fiction, citing that “these are some of the most popular shows on TV — and on CBS, in particular. Last fall, ‘NCIS’ was the No. 2 show on the network and was broadcast television’s most watched drama with an average of 15.3 million viewers."  When millions of people see these injustices normalized on a regular basis, they may assume that police violence and systematic injustice are normal, even necessary, and that those who argue otherwise don’t understand how things work “in the real world.” This creates a dangerous feedback loop and lived reality for communities whose humanity is not fully portrayed.

Rashad Robinson, in an interview with Variety, argues: “For the last 20 years in this country, violent crime has steadily gone down and, at the same time, people think violent crime has gone up. And that distance between perception and reality is not just about getting a wrong answer on ‘Jeopardy!’ It has real-world impact on people’s lives. When we miseducate people about how systems work and when we normalize injustice on our TVs, we make it OK for certain people to be treated only as heroes and certain people to be treated only as villains, and that does not move us forward.”

Inaccurate narratives in popular culture can normalize harmful, dangerous behaviors in real life that undermine communities already under attack in U.S. society. But, there is potential for the opposite effect. If improved, they could promote the benefits of reform, build support for accountability, and encourage the civic participation of people currently being told that their voices do not matter. To achieve the latter, Color Of Change Education Fund is using their Normalizing Justice report as a baseline to advocate for increasing racial diversity in writers’ rooms (86% of writers for these shows during the 2018-2019 season were white), involving people who have been through the justice system in script and content production, and implementing new standards across the industry. These standards would reward accuracy, show the harms of injustice, and discourage inaccurate stereotypes and tropes.

This recent report and the resulting advocacy efforts represent just one area of Color Of Change Education Fund’s work that Luminate is proud to support over the coming three years. In addition to changing how Hollywood and the media represent Black communities, the organization works to ensure Black Americans can fully participate in all areas of civic life.

Their methods include large-scale campaigns that mobilize outrage about specific moments of racial injustice into sustained movements for systemic change. An example would be moving from protesting an individual prosecutor’s biased ruling to leading local coalitions across the country to push newly-elected prosecutors to commit to community-drafted criminal justice reforms. They bring the voices of their 1.7 million members into the halls of power to make the case for change on everything from critical bail reforms to decreasing white nationalist and separatist content online. Color Of Change Education Fund has also launched culturally relevant civic participation programs for Black Americans. Recent examples include Our Count, an effort to combat misinformation and disinformation aimed at suppressing participation in the U.S. Census, and a campaign to protect community members’ safety, voices, and health during the novel coronavirus outbreak. 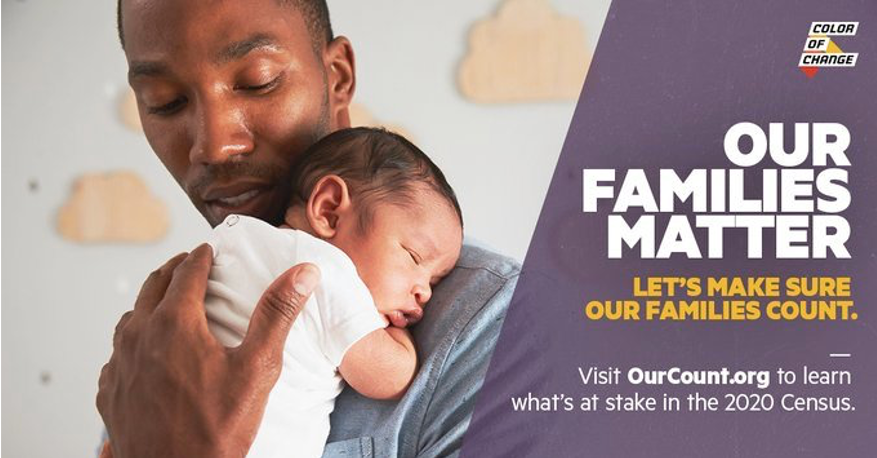 In summary, Color Of Change Education Fund and its sister 501c4 organization, Color Of Change, are increasingly being acknowledged as innovative civic empowerment organizations that use the speed and scaling potential of technology to create meaningful influence opportunities for Black Americans on the core issues that impact their lives. Most importantly, however, their work is getting results. In 2019 alone, they made significant strides in getting Facebook and Instagram to take action to limit white nationalism and separatism on their platforms. They worked with grassroots groups in several states to reform an unjust cash bail system and worked with Google to ban predatory lending apps from their store to protect Black, Latinx, and low-income people from manipulative practices.

In the years ahead, we look forward to the advances that Color Of Change Education Fund and its network will make to counter systemic attacks on Black civic participation, ensure dignified treatment of people of color in moments of crisis, and flip the script on what counts as authentic representation of Black communities in America. 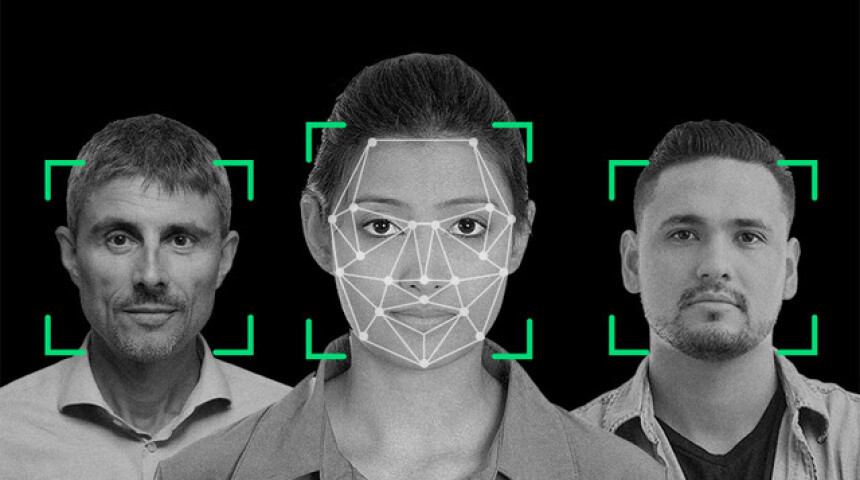 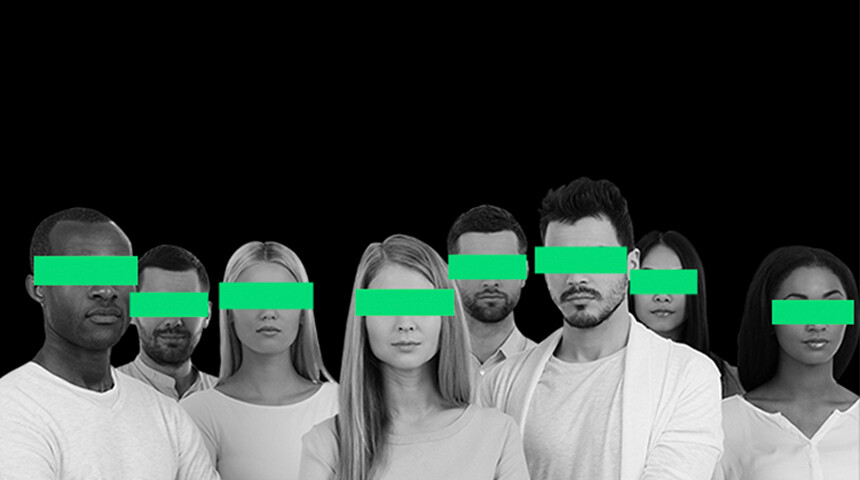