All articles
Blog
By Nishant Lalwani

Designed to earn your trust

Why we invested: The Correspondent

Trust is in decline. Less than half the population surveyed “trusted the news” in the 36 countries covered by the Reuters Institute Digital News Report (below), with 38% of Americans actually “avoiding” it. Edelman revealed that media has become the “least-trusted institution” of the four they monitor — faring worse than government, business or NGOs — for the first time in the 18 years since they began their Trust Barometer.

Just as they lose trust amongst their audiences, many media platforms are — relatedly — struggling to fund good journalism. News publishers in the United States now earn less than 40 per cent of the $50 billion they made selling advertising in 2004. Ad-dependent media models overwhelmingly reward the dominant tech platforms, Google and Facebook, and not the publisher or the journalist. These models skew the media from engagement to reach, from quality journalism to click-bait sensationalism, and from fact-based reporting to filter bubble reinforcement.

We believe that The Correspondent can help change this trend, with their pioneering and powerful model of membership journalism. They strive to deliver the things that really matter: reader trust built through meaningful relationships with journalists, diversity in the newsroom, and data privacy for their users. This model started in the Netherlands, with their Dutch counterpart De Correspondent, where the same founders showed that it’s possible to build deep trust and real engagement with their audience through an ad-free, financially sustainable media platform. We are confident The Correspondent can do the same, and are thrilled to support them with $950,000 to help them prepare for their member recruitment campaign.

Membership models and the emergence of De Correspondent

Membership models of media — in which journalists and their audiences engage in meaningful conversation around the issues being covered — represent a successful experiment in remedying these intertwined issues of revenue and trust. Readers contribute their knowledge, skills and insights to the reporting process, and journalists devote a substantial portion of their time to listening to their audience and explaining what’s behind their work. By putting readers back at the heart of news, as partners and customers, membership models re-establish the fundamental connection between journalism and those who benefit from it. And, if you look closely, it turns out that reader trust isn’t just good for society: it’s also good for business.

De Correspondent, the digital-only Dutch journalism site, is perhaps the most successful pioneer of membership journalism. Launched in 2013 after a historic 30day $1.7M crowdfunding campaign, it is now 60,000+ members strong, is 85% reader-funded, and is driven by deep relationships with its readers. In short, De Correspondent has shone a spotlight on a viable alternative business model for independent media.

De Correspondent’s principles of journalism explain their philosophy transparently and clearly. Chief amongst these is their promise that they will optimize for trust. This is manifest in many ways: they are totally ad-free (the reader is the customer, not the product), they focus on the foundational rather than the sensational, and they collect the minimum user data they require to effectively operate, without ever selling or passing on that data to third parties.

Furthermore, individual correspondents invest in rich interactions with readers, spending between 30% and 50% of their time in conversation with their audience. This is crucial to De Correspondent’s trust model. People with knowledge to share, skills to lend, or time to invest effectively become “force multipliers” for reporting (Jay Rosen). This approach has led to important scoops for De Correspondent, such as their groundbreaking story on Shell, when readers uncovered that the oil giant had sounded the alarm about climate change back in 1986, despite lobbying against climate change legislation ever since. The Washington Post just followed up on that story; you can read more here. 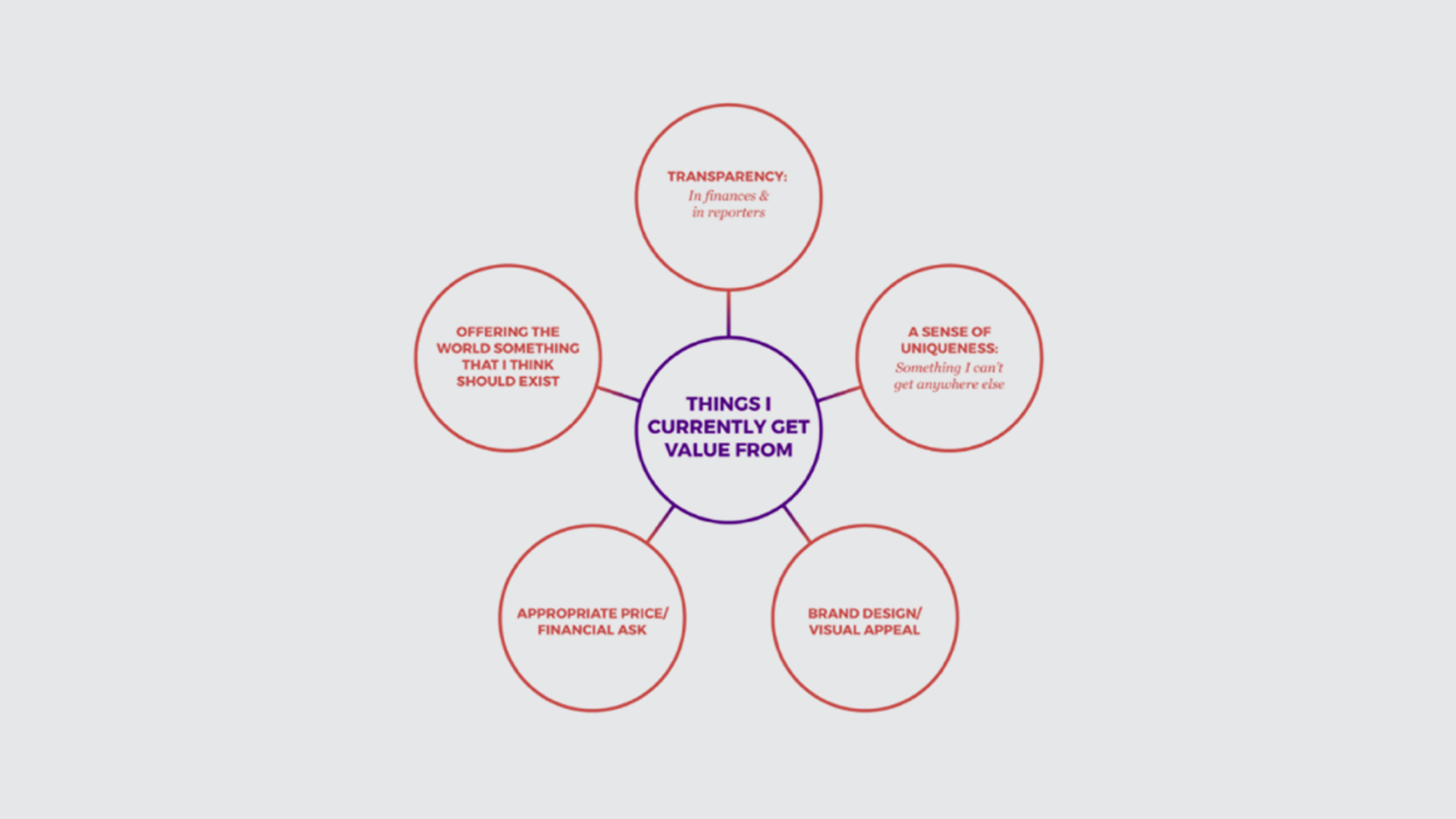 De Correspondent has a “soft paywall” model: even though members pay a monthly (6 euros) or annual (60 euros) fee, they can share all published content with non-members. This is very unusual in the world of media. If members aren’t paying for exclusive access to content, what are they paying for? De Correspondent conducted some research, in association with their partners The Membership Puzzle Project, to find out:

Why supporters pay for journalism (hint: it’s not about exclusive access)

The time has come for this proven community-supported model to go global, beginning with an English-language headquarters in New York City.

We believe that, by investing in and supporting The Correspondent, we can help spur on a new model of independent journalism that will:

This radical new model also focuses on other themes that Omidyar Network cares deeply about, such as diversity, transparency and data privacy. The Correspondent’s stated goal is to become “the most diverse newsroom in the world”, which is important not only for reasons of inclusion and equity, but also because they only choose to hire correspondents that are representative of the communities they report on. If such newsrooms are diverse, readership becomes diverse: this breaks filter bubbles. The Correspondent is also consciously and deliberately working to protect reader privacy, in part by only collecting the minimum required data on users. If they do not have the data in the first place, there can be no Cambridge Analytica scenario in the future.

As part of our $100 million commitment to support investigative journalism, we are tremendously proud to be making a $950,000 investment in The Correspondent. This is “runway” funding that will help them prepare for their launch. The Correspondent aims to be entirely member-funded in the future, and our capital will help their team recruit as many members as possible. Watch out for their crowdfunding campaign and please do sign up to support this groundbreaking new approach to independent journalism.

Want to learn more? Read about The Correspondent here and here.