All articles
Blog
By Wendy Trott

Difficult conversations to build a shared vision for South Africa

Why We Invested: The Big Debate

Having spaces for collective national dialogue is particularly important in the run up to and during elections. Misinformation and social media bubbles pose risks to the electorate’s ability to make informed decisions and fully understand the policies or issues being proposed by various candidates. There is a need for nuanced discussions about what political parties are promising, and how their plans will benefit the country’s people. But in South Africa there are few truly national, shared places for this dialogue to happen. While radio can claim large audiences, they’re fractured between numerous stations catering to different cities, provinces, languages, and demographics. The country’s main satellite TV provider reaches only around 42% of South African households, mainly those in urban, higher-income areas, while social media does even worse, reaching just 30%. The public broadcaster, often seen by innovators as an ‘outdated’ technology, remains the only place that almost all South Africans can access to be part of a national conversation.

Therefore, we need to support efforts to improve the quality, representation and reach of conversations about important issues that are happening on the public broadcaster. This is why we are supporting the only nationally-broadcast, live townhall debate television show in South Africa, the Big Debate. The show invites the country to address topical and critical issues through a facilitated conversation between panelists representing diverse perspectives live and in conversation with a studio audience. The audience is made up of community representatives, civil society members, activists, experts and many more. Bringing decision-makers like ministers, politicians and business leaders into direct conversation with affected citizens from small, rural towns, community leaders and everyone in between allows the Big Debate to hammer out a collective understanding of the policies needed to; tell political parties what the country wants and needs; inform the public about policies and different perspectives; inspire people to participate in other civic activities; and give a national platform to people and organisations working to solve collective problems. 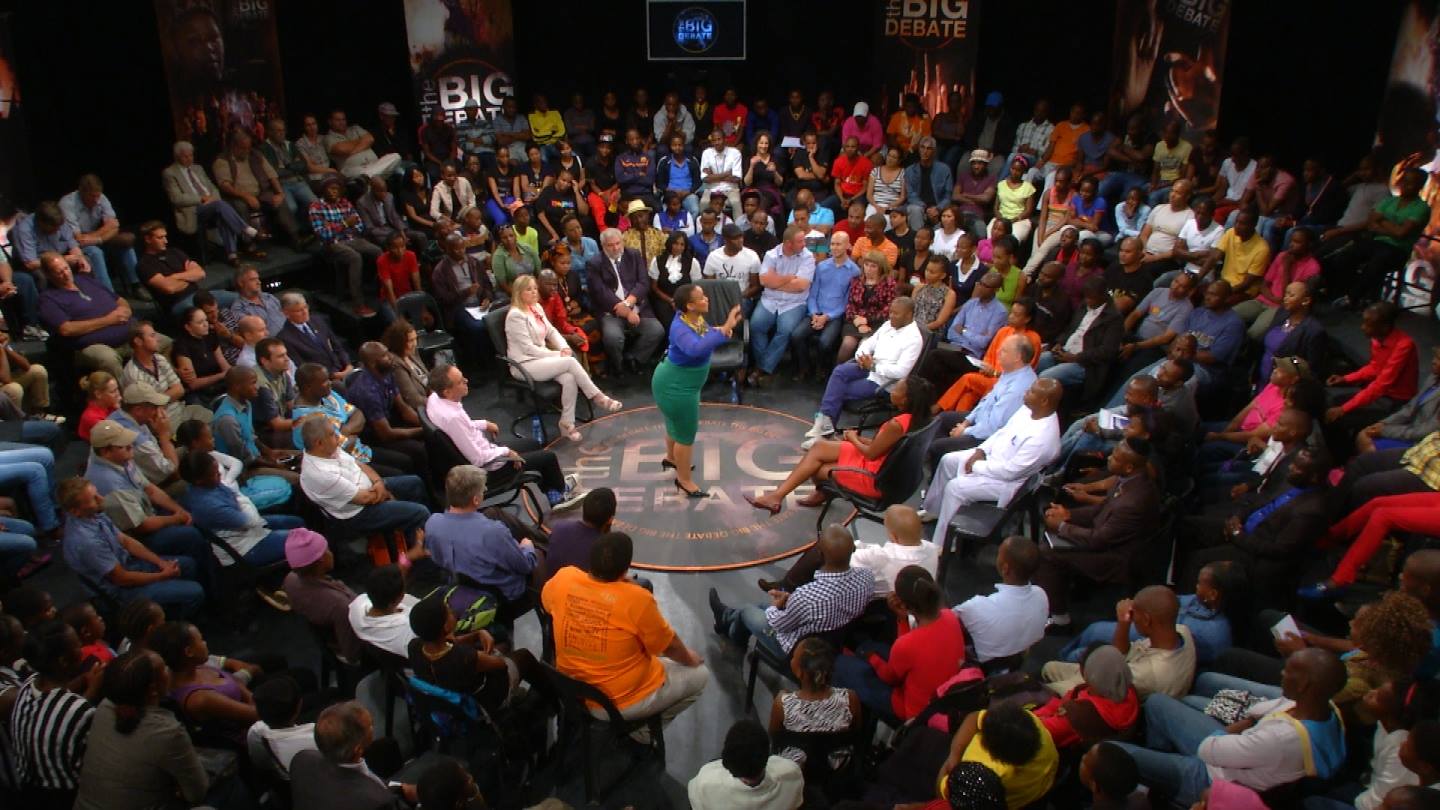 Luminate supported Season 9 of the Big Debate last year, reaching a total of around 12 million viewers and achieving some major wins from those in power. In the episode on Social Movements, Deputy Minister of Justice John Jeffrey committed publicly to looking into the cases of protesters who had been unlawfully arrested as it was brought to his attention during the show. In the State Capture episode, ANC Chief Whip, Jackson Mthembu conceded that it was time to ‘clean up’ corruption within the ANC. He stated that he supported the work of the State Capture Inquiry and stressing the importance of investigating all those implicated in state capture regardless of the office they held, and that the Hawks should make arrests. Zingiswa Losi, ANC NEC member and Deputy President of the trade union COSATU, agreed in the discussion on Patriarchy that unions were not doing enough to advance women’s issues and protect women in the workplace, and committed to working with the NGOs on programme focusing on tackling gender-based discrimination and violence.

The episodes were able to not only inform large, representative audiences about these issues, but also gave activists working to overcome them a platform to reach the South Africa public and decision-makers. Enabling everyone to share their challenges and their successes, in a forum where power is present and accountable, helps to build a common understanding of some of the critical and difficult issues affecting the country.

The Big Debate is now gearing up to produce season 10 of the show at a time when South Africa prepares for an election in the wake of devastating allegations of state-wide corruption that have deeply tested the public’s faith in the democratic project. The stakes have never been higher. How will land ownership be reformed in a way that protects communities’ rights, food security and results in true transformation of the South African economy? Has the Rainbow Nation project failed and if so, what new vision of the future can South Africans rally around? What is the role of the creative industry – the musicians, artists, and celebrities that dominate our popular culture – in contributing to improved social and economic outcomes for their fellow citizens? These, and many others, are questions that need to be hashed out in a conversation that is inclusive yet constructive, rigorous yet balanced.

At Luminate we care about contributing to a world where people and institutions can work together to build just and fair societies. This requires people to be empowered to speak their piece. It requires government to face the people directly and respond to their wants and needs. Forums where both of these happen simultaneously are few and far between. So, we look forward to another season of the Big Debate stimulating difficult, uncomfortable, nuanced, and absolutely critical conversations about how to build a more just, fair, and inclusive South Africa.

Look out for Season 10 of the Big Debate starting on Sunday 10th March on SABC 2 and on Facebook.