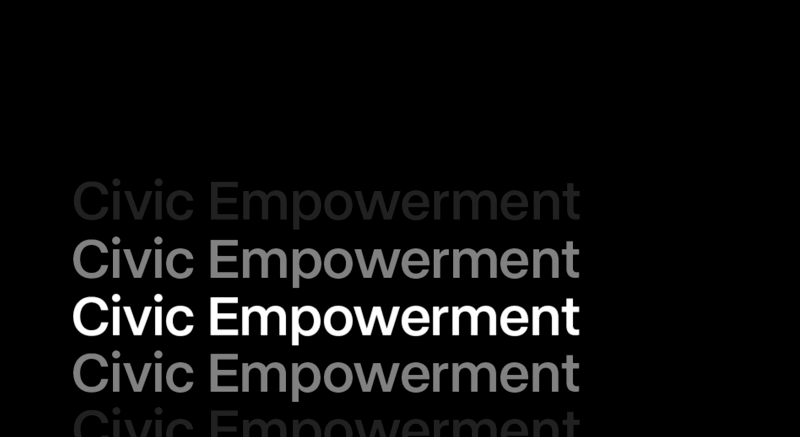 Over the past 10 years, our team at Omidyar Network invested in civic technologies that enable governments to serve people better and those that empower people to have a voice in decision making and to hold governments to account. We believed that focusing on these two types of tech would make government more responsive and improve people’s quality of life. Over this period, we invested in many of the most pioneering civic tech entrepreneurs and organisations around the world – from Code for America and mySociety to Nossas and amandla.mobi – deploying over $110M in 75 organisations working in civic tech across 18 countries.

Ten years later, some things have panned out the way we predicted, and other things not so much – and the world has also changed dramatically in the interim. Now as Luminate, we have taken the opportunity to review our Civic Tech investment strategy and consider what’s worked, what hasn’t, and how we should be adjusting to address the changing external context and increase our impact.

1. Digital government is becoming more prevalent in many countries worldwide, improving efficiency of service delivery. This was our investment hypothesis for the past several years, and we’ve been pleased to support many innovations in this area such as SeeClickFix, Zenysis, NextRequest, Colab.re, and UniteUS. However, the threats to individuals presented by digitised government (and a digitised private sector) are becoming increasingly apparent - intentional misuse of data to curtail individual rights is happening even in what were previously considered strong democracies like the US (e.g. targeting immigrants). It is imperative that we respect and protect people’s rights and support technologies and processes that integrate these values.

2. While individuals are increasingly able to engage with government by using technology tools, trust in government appears to be on the decline in countries around the world, as is trust in institutions in general, including technology companies. So the idea that technology deployment alone would enhance the relationship between people and government so far hasn’t played out in many cases. What seems to be happening instead is:

a) Tech is in many cases insufficient to effect sustained change without complementary offline, real world organising and campaigning. We’ve seen effective uses of this offline-online combination by some of our investees, including amandla.mobi, which empowers South Africans to initiate online campaigns and offline advocacy and take coordinated, strategic action for a more just society.

b) Voices of under-represented groups (based on gender, race, religion, ethnicity, socio-economic level, etc.) are not being heard or are being actively silenced in these dialogues, both because they have unequal access to technology and because of historical suppression of their perspectives for the benefit of those holding power. Technology often amplifies the power of those who already hold it.

c) In many countries, governments are actively working to curtail civic space for citizen dialogue or protest, which renders tech tools irrelevant or ineffective.

3. We’re seeing financial success in the civic tech field with earned income models in service delivery, while civic tech for participation has found sustainability more challenging. For example, Code for America’s GetCalFresh program, which has built an easier way for Californians to apply for food assistance programs online and via mobile, is proving to be a successful model of civic tech with financial sustainability. Similarly, for-profit models like UniteUS are scaling to serve millions of Americans via their case management platform which builds coordinated care networks of health and social service providers. At this point, we haven’t seen many examples of tech for participation find revenue streams that cover their costs.

4. Civic tech is becoming increasingly politicised, creating complexity for practitioners and donors/investors – rather than a ‘platform’ play, decisions to invest are now more values driven. Beyond the obvious politicisation of election-related tech platforms, even technology for service delivery is not immune to political headwinds because service delivery itself (who is eligible for which services) has become more and more partisan. The effect of this politicisation is that it potentially divides donors or investors along political lines and potentially reduces the pool of funding in an already financially constrained field.

Operating in a changing context

As we consider how to increase Luminate’s impact in this area, it’s critical that we take into account the changing context in addition to our learnings over the last ten years. There have been four major global changes since our last strategic plan was developed in 2014, namely:

These shifts have challenging implications for all of Luminate’s work, including civic tech. After several years of positive momentum, civic tech now finds itself at a crossroads.  While increased civic engagement presents an opportunity for uptake of new solutions, there is also recognition that technology is not the panacea for engagement. The effect of the ‘tech-lash’ on civic tech is still to be seen. On the one hand, consumers may look for new ways in which to express themselves and organise (which could benefit civic tech as a sector), but on the other hand the dark cloud over tech may undermine trust in these platforms.

Changes in governments also mean in many cases that service delivery is being pushed from the federal level to cities and states, which may increase demand by local governments for tech solutions to enable better delivery. We have seen that public sector use of innovative technologies can improve the efficiency and effectiveness of service delivery but can also reinforce systemic inequalities and become a tool for the surveillance and policing of the poor and vulnerable.

Our response: expanding from Civic Tech to Civic Empowerment

Our goal is to enable all people to actively participate in governance, receive the services they need, and hold government accountable. Our strategy going forward will emphasise not only tech in isolation but also empowerment – expanding beyond investments in technology to include the non-technical capacity building activities needed to make technology effective. We will also explore how activities beyond investing, including advocacy, storytelling, and strategic litigation, can advance this goal.

We will retain the dual focus on both service delivery and participation/engagement in our work, adjusting both components to suit the current realities and incorporate our learning, as described below.

On the service delivery side, we will continue to invest in civic technologies and digital services which disrupt traditional government IT systems and processes to improve quality and responsiveness while putting increased attention on protecting individual rights and privacy. The services delivered will vary by region, but we continue to see opportunities for technology where the impact of poor service delivery is disproportionately experienced by low-income or otherwise marginalised communities in areas like criminal justice/public safety, health and human services, and transportation. Despite institutional barriers, we believe that sustainable business models (whether non-profit or for-profit) are beginning to emerge. We expect to see progress, led by the US, Europe, Latin America, and Asia and will prioritize for-profit investments and non-profit models with earned income streams.

With respect to individual engagement and participation, we intend to loosen the historical constraints we placed on our investments in this space in three ways:

We see our new strategy as an evolution. In response to our learnings and the changing global context, we’ve broadened the frame of this impact area from 'Civic Tech' to 'Civic Empowerment' to acknowledge that technologies must be coupled with organising strategies, as well as capacity building and process improvements, to help communities learn to engage government, and to help government learn to use technology effectively.