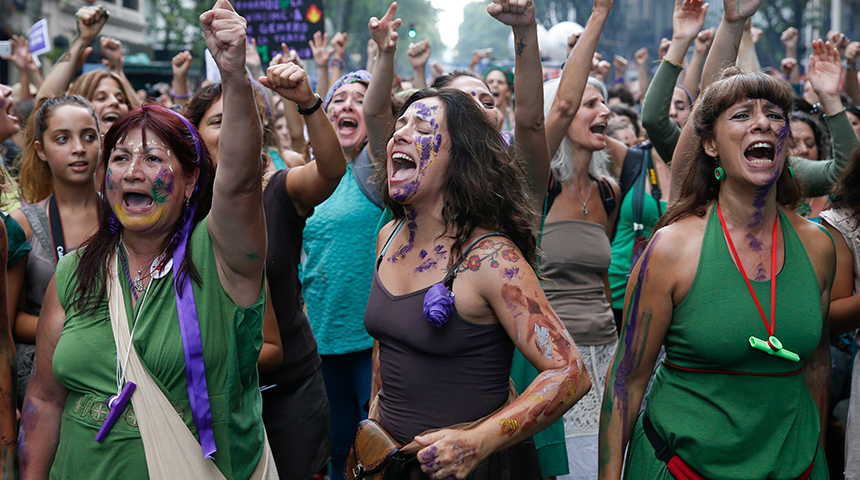 It was four o'clock in the afternoon when Dilan Cruz, a young man who was exercising his right to peaceful protest in Bogotá, was shot by an agent of ESMAD, Colombia’s Anti-Riot Mobile Squad. On November 25, 2019, after two days in intensive care, Dilan died.

In Argentina, the murder of Chiara Páez at the hand of her boyfriend during an argument about whether to have the child they were expecting, triggered the Ni Una Menos movement in support of the legalization of abortion. In December of 2020, the country legalized abortion, after more than 30 years of rallies calling for the right to choose.

Meanwhile in Mexico, practicing journalism is becoming increasingly risky. In the second year of President Lopez Obrador's administration, there were 692 attacks on journalists, 13% higher than the previous year, and half of these were executed by State agents. The issue has become more worrisome in the last two years with 17 journalists murdered in Mexico for doing their jobs.

Civic space across Latin America is being threatened viciously. Increasingly, citizens are unable to participate in the decisions that impact their lives – this is particularly true for women and minorities, who have been historically and systematically excluded from decision-making processes.

Civic empowerment of all citizens is an essential part of democracy, which is why Luminate, in collaboration with Avina and Open Society Foundations, created Pulsante last fall.

Pulsante is a regional fund that provides funding and support to organizations focused on amplifying historically underrepresented voices in democratic and electoral processes, promoting citizen participation and collective action, and protecting freedom of expression.

Pulsante is launching a Call for Applications for Civic Empowerment Organizations that will award $80,000 - $120,000 and strategic support for 18 months to selected organizations. These resources are intended for organizations that aim to expand civic space, empower an active citizenry, including traditionally excluded voices, and consequently, improve the quality of democracy in Latin America. The call for applications will be open until April 30, 2021.

In its previous iterations, the fund has supported over 45 civic engagement projects throughout Latin America. In Brazil, projects such as Liane and #MeRepresenta were key to increasing the political participation and representation of historically marginalized communities. In Argentina, Democracy OS has ensured that citizens have a voice, from participatory budgeting assemblies to elections. In Uruguay, Rio Abierto engaged citizens as part of legislative reforms.

At a time in which civic space is being threatened in Latin America, we hope that Pulsante will support the champions of democracy in the region.