By Wendy Trott and Toyin Akinniyi

People should be able to participate in decisions about public spending in their country by having a say in the budget process and holding government accountable for spending according to that budget. In Nigeria, there are many global pioneers in our Financial Transparency portfolio who are making public spending more effective and accountable:

However, there is one other link in the chain that is the public spending process in which oversight is currently lacking: the public audit process. The audit shows what government actually spent against its budget, and whether the targeted projects were delivered on the ground.  The public audit process is a built-in accountability mechanism that’s already engrained in law and practice. It’s critical that the public are able to participate in the audit process and to use audit information to hold government and contractors accountable for what’s been promised to their communities.

At present, however, the opportunity to tackle corruption using public audit is not being fully taken advantage of. Between 2015 and 2017 there were 491 parastatals that were mandated to supply audited accounts and an auditor’s report to the Office of the Auditor-General for the Federation. 444 of these parastatals did not do so, indicating a severe failure of financial oversight.

This is where Paradigm Leadership Support Initiative comes in. PLSI leverages audit data to identify missing public funds as the basis of its advocacy work to get projects completed, funds returned, and perpetrators held accountable. Simultaneously, they seek to improve the independence and efficacy of the audit process so that it is a more impactful, inclusive, and sustainable accountability mechanism.

PLSI’s analysis of the 2012-2015 audits revealed around $781m in unaccounted funds spanning 318 projects in over 350 different communities.

The failures in the public audit process directly affect the most marginalised in society through poor service delivery and ineffective capital projects. PLSI’s analysis of the 2012-2015 audits revealed around $781m in unaccounted funds spanning 318 projects in over 350 different communities. PLSI visited 30 sites flagged in the 2016 audit and found that those directly affected by the failed implementation of those projects were mostly women, young people, and children who are unable to access health care and quality education.

PLSI aims to ensure Nigerians have proper access to public services and benefit from good governance through its two main programmes: Value for Money and Resource Benefits.

Through their Value for Money programme, PLSI works to tackle the failures in the audit by analysing the Audit Report of the Federation of Nigeria to identify irregularities and cases where funds have gone missing. They seek to make the audit a more people-centred accountability mechanism by making it public, comprehensible, and accessible, including by producing infographics, and hosting radio and TV shows to share this information with the people affected. 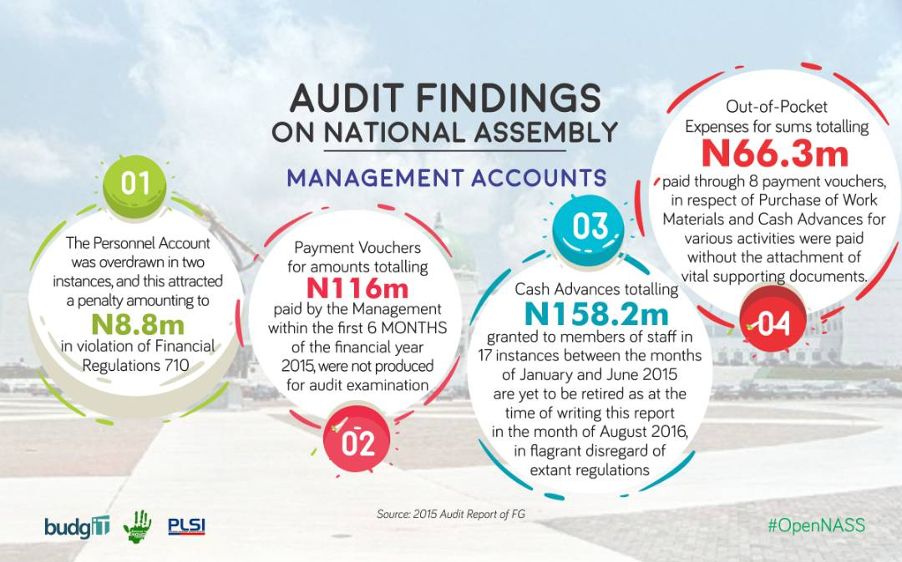 PLSI works to make the audit a more people-centred accountability mechanism by making it public, comprehensible, and accessible, including by producing infographics, like this one, about the data.

PLSI works closely with civil society partners and government agencies to support efforts to hold those responsible for corruption to account. The public can use the Value for Money web and mobile platforms to track and report the status of audited development projects in their communities. Citizens can also request that PLSI take action on projects that are abandoned or poorly completed, and the organisation reports instances of wrongdoing to anti-corruption agencies. They also support the Office of the Auditor-General for the Federation in making the public audit process more robust, independent, and effective.

Working with NRGI, they host the Resources Benefits tool to track extractive activities. Publishing data on payments made to Nigerian government entities allows residents in communities affected by extractive activities to better understand and participate in how those funds are spent. PLSI also analyses the huge loss of funds that results from inefficiencies in collecting and remitting taxes and educates the state and the public on how poor fiscal regulations and monitoring lead to reduced funds in the national coffers.

Under Luminate’s Financial Transparency strategy we support organisations that improve service delivery to marginalised populations and that push for accountability for the mismanagement of public funds. We’re therefore proud to add PLSI to our strong Financial Transparency cohort in Nigeria, and we look forward to supporting their growth and development to enable more people to benefit from the social services and development projects that they deserve. 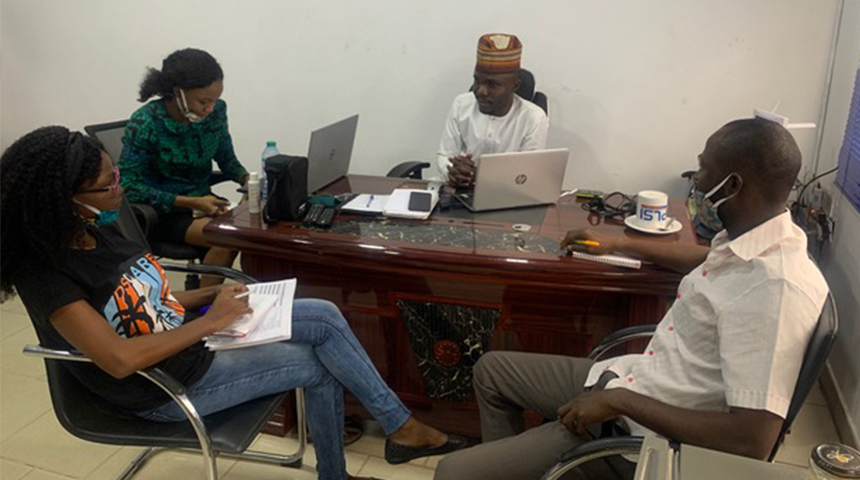 The PLSI team aims to ensure Nigerians have proper access to public services and benefit from good governance through its two main programmes: Value for Money and Resource Benefits.