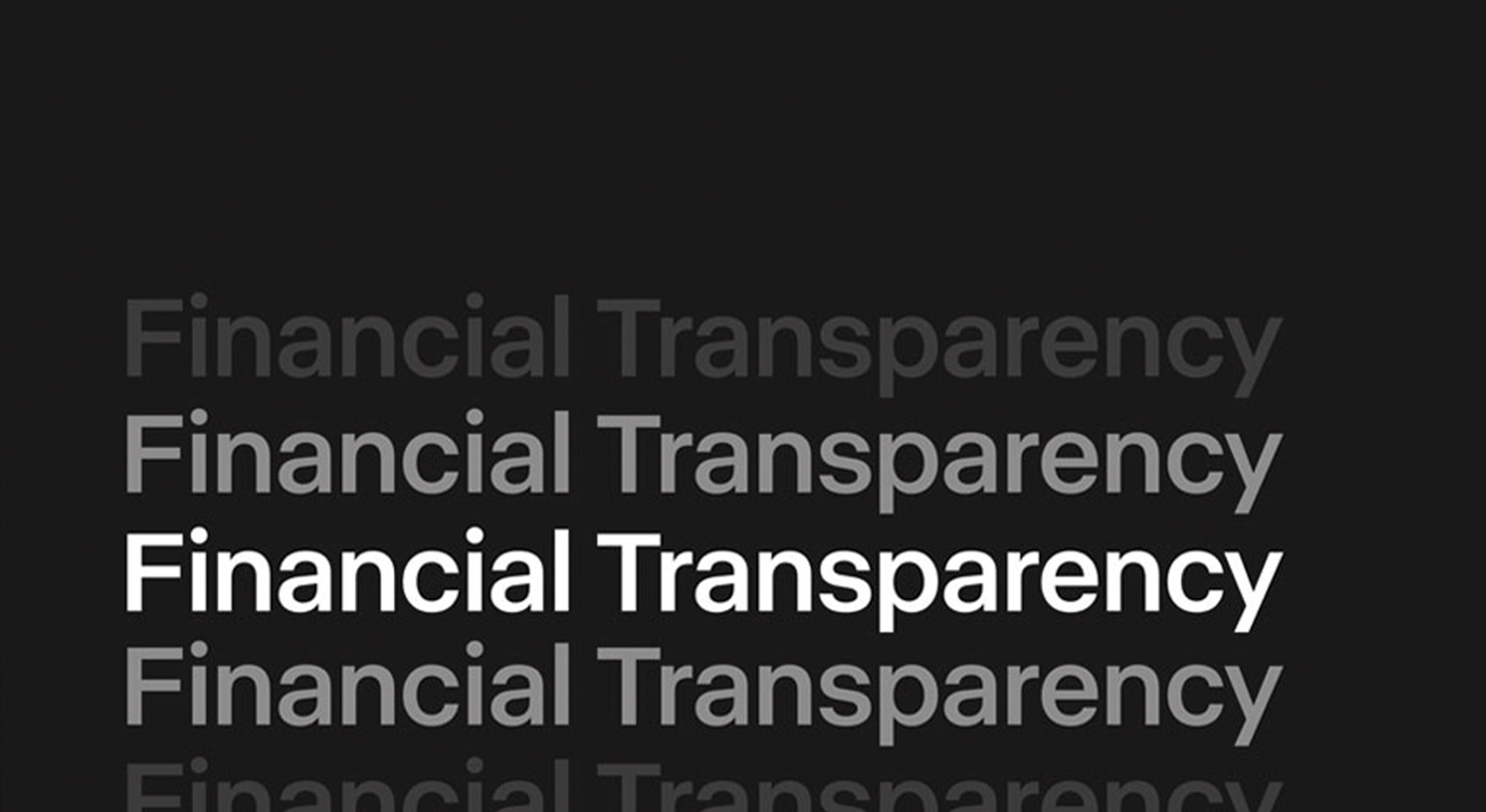 What's next in the fight against abuse of public resources

A few months ago, we publicly shared our new strategy as Luminate, I’d like to take this opportunity to dig a little deeper to share how our Financial Transparency strategy has evolved.   This week the IMF is holding its annual meeting and a key part of the agenda is tackling corruption, illicit financial flows, and growing concerns about an impending debt crisis in several middle-income and low-income countries.  A reminder, if one was needed, that conversations about development, growth, and prosperity cannot be delinked from questions around how public resources are spent in service of citizens.

Our work in Financial Transparency is focused on addressing the abuse of public resources by both public and private entities, poor service delivery because public resources are not used in the manner that they should be, and the lack of involvement of individuals and communities in how public resources are used.  We believe that a combination of efforts to tackle corruption, and to demand both transparency and accountability, are necessary to reduce abuse of public resources and improve service delivery. Ultimately, we hope to be able to answer the “so what?” question: what does increased transparency and accountability mean for the citizen?  We believe it means better access to public services by citizens because public resources are not being stolen; better lives with less friction because people won't be asked for bribes; and less disillusionment with democracy because it is not perceived to be a system that perpetuates social and economic inequities.

Over the last 10 years of supporting what we then called 'fiscal governance' work as the Governance & Citizen Engagement initiative at Omidyar Network, we have seen the contexts in which we work shift significantly.  We've learned three key lessons and are adjusting our strategy in response.

First, we have seen a great decade of progress in the transparency space. Over the last ten years we have witnessed the growth and broad adoption of a number of initiatives focused on opening up public resources data, many of which were part of our portfolio, such as the Open Budget Index, the Open Contracting Partnership, and Publish What You Pay.  However, there are growing concerns about reaching a plateau (and in some cases even a decline) in  government compliance with these standards and the risk of “informed disenchantment” - a process where citizens go from high expectations about the benefits of increased transparency to diminished expectations once they see that corrupt individuals and institutions aren't held accountable for their actions.

Second, we are realising that too much of a focus on 'total resource flows' may not be the answer.  In the past there was a presumption that full visibility on all the resources that flowed into a nation's purse such as tax revenues, extractive revenues, foreign direct investment and so on would go a long way towards ensuring that those resources are spent wisely.  The big push for the implementation of Freedom of Information Acts and for interoperable standards when it comes to data sharing was also a big part of that effort. However, there is recognition that perhaps not as much effort was dedicated towards figuring out how to better link information disclosure with social and political action that drives accountability.  Barriers include how to best cultivate citizen interest in the information being disclosed, to acknowledging the fact that those who do have access to the information disclosed often struggle to translate that into collective action.  As a recent set of studies on information disclosure and accountability notes,  “unless a political connection is made between information disclosure, government reputation, and risk of losing power, accountability of government to the citizens is unlikely to occur.”

Finally, despite improved transparency over the last 10 years, the prevalence of corruption does not appear to be declining and we fear the development of  “scandal fatigue”.   This happens when, “constant revelations of wrongdoing can create the perception among the public that misbehaviour is the norm rather than an anomaly deserving of special punishment. Citizens become increasingly ambivalent, rather than outraged, at wrongdoings.”  This can also result in the usurping of the anti-corruption agenda where anti-democratic leaders are getting elected on the promise of fighting corruption is a growing concern in our space - from Trump's “draining the swamp”, to Duterte's war on drugs, to Bolsonaro's promise to “clean up politics” and to Magufuli's “war on corruption”.

So how are we responding?

As a starting point, we will continue to commit to core funding for organisations we support. Tackling the myriad of challenges in the financial transparency space is hard enough - trying to do it while managing a long list of project grants and ever-changing priorities is even harder.

Next, we will continue to shore up efforts around information disclosure, with a focus on four areas: tax and extractives revenues; open budgeting; contracting; and tracking expenditure.  We will also increase support to work that links disclosure with accountability. In our current portfolio, there are examples of this in the work being done by the IBP South Africa team around social audits, the radical work around open procurement by ProZorro in Ukraine,  and the work being done in Myanmar by MATA to drive transparency around extractives by linking their work to local community concerns.  Our goal will be towards consolidating the gains made so far in enabling transparency around public funds and pushing back against an emerging trend towards both less disclosure and less interest in allowing public participation around the use of public funds.

We are also doubling down on efforts that ensure that organisations and individuals that are found guilty of corruption are adequately punished for their crimes.  This is important for a number of reasons, including building on the foundation led by information disclosure and restoring public trust - the sense this is not just business as usual because their are consequences is vital.   Our strategy envisions a range of tactics including more support of public interest litigation and strategic litigation work such as that of SERAP in Nigeria and Open Secrets in South Africa  in recognition that the judiciary is a vital cog in the accountability wheel.   We are also interested in better understanding government incentives to address corruption from a very practical level -  the municipal reform work Janaaghara is driving in India is a great example of this.   Also important is the role of legislation, policy, and institutional reform.   For work in this field to have long-term impact, it needs to be anchored in institutions.  Within our portfolio, Transparency International-UK, Global Witness, and others are driving legislation on a number of fronts including beneficial ownership, and The B Team is working to shape norms within the private sector.

Finally we recognise that this work requires collaboration within the financial transparency space.  To quote a now infamous African proverb - If you want to go fast, go alone. If you want to go far, go together.  We will support initiatives that share data and learning across regions; we will encourage collaboration with state or non-state actors who have leverage over enforcement actions;  and we will invest in coalition and platform.  Examples of this approach include our support for the Publish What You Pay Coalition and in the next few months, our work in examining the role of the “Big Four” accounting firms in facilitating corruption.

Our new strategy reflects the fact that the remaining work to be done in the financial transparency space is complex, but there are opportunities to impact the lives of millions of citizens and get to a world where everyone lives a dignified life and equity amongst us is not aspirational but the reality.   The so what question that anchors our work - we hope to answer it in the next few years! 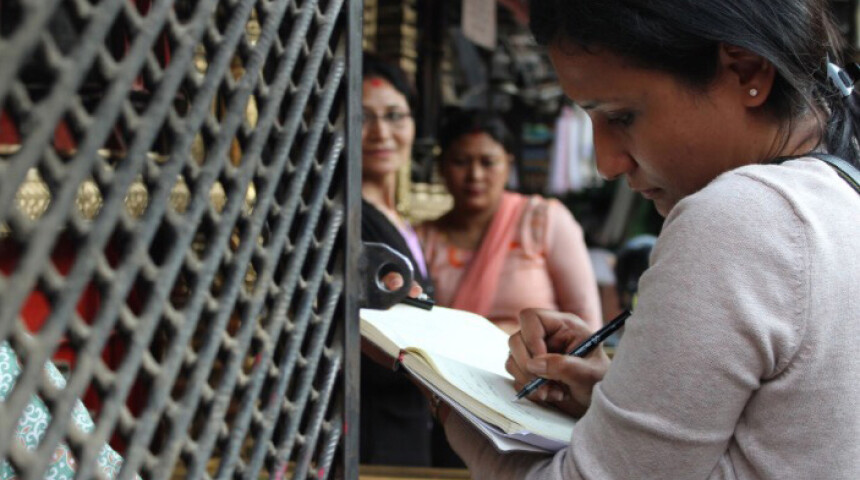