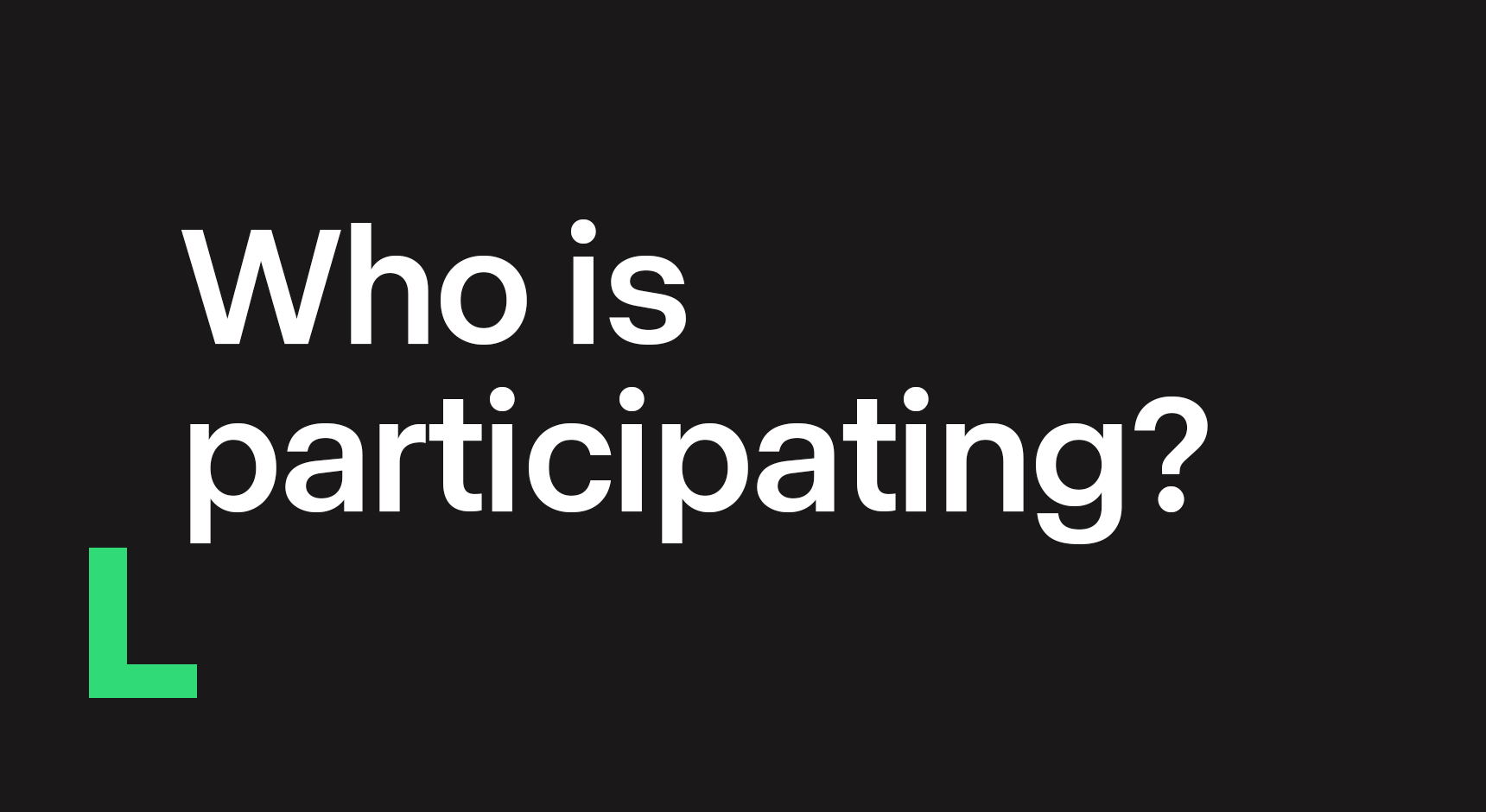 Does increased ‘participation’ equal a new-found enthusiasm for democracy?

By Stephen King and Paige Nicol

With a few months under our belts, 2019 looks unlikely to be the year of a great global turnaround for democracy. The decade of democratic ‘recession’ that Larry Diamond declared in 2015 has dragged on and deepened, and may now be teetering on the edge of becoming a full-blown depression.

The start of each calendar year is marked by the release of annual indices, rankings, and reports on how democracy is faring around the world. 2018 reports from Freedom House and the Economist Intelligence Unit (EIU) highlighted precipitous declines in civil liberties in long-standing democracies as well as authoritarian states. Some groups, including migrants, women, ethnic and other minorities, opposition politicians, and journalists have been particularly affected by these setbacks. According to the Committee to Protect Journalists, the number of journalists murdered nearly doubled last year, while the number imprisoned remained above 250 for the third consecutive year.

Yet, the EIU also found a considerable increase in political participation worldwide. Levels of participation (including voting, protesting, and running for elected office, among other dimensions) increased substantially enough last year to offset falling scores in the other four categories of the index. Based on the methodology used, the rise in political participation was significant enough to prevent a decline in the global overall score for democracy for the first time in three years.

Though this development could give cause for optimism we believe it could also raise new concerns.

In Zimbabwe, Sudan, and Venezuela we see people who, through desperation and frustration, have taken to the streets – a form of participation which has been met with brutal crackdowns. Time has yet to tell what the ultimate outcome of these protests will be, but it is clear that governments with autocratic tendencies have more – and cheaper – tools to monitor, direct, control, and suppress participation than ever before.

Elsewhere, we see a danger of people becoming dislocated and disenchanted with democracy, as their representatives fail to take meaningful action on the issues that matter to them. In the UK Parliament, as Brexit discussions have become increasingly polarised and fractured along party political and ideological lines, Foreign Secretary Jeremy Hunt warned that there was a threat of social unrest if Parliament was seen to be frustrating the ‘will of the people.’

While we see enhanced participation as crucial to just and fair societies, it alone will not be the silver bullet that saves democracy. Whether this trend becomes a cause for hope or concern will depend on three factors: who is participating, what form does participation take, and how is participation received by those with power?

For political participation to lead to just outcomes, those participating must be representative of the diverse groups in society. One of the more encouraging findings from the EIU report showed that across geographies, the increased engagement of women in governance accounted for a significant proportion of the overall rise in political participation.

However, the participation of minority groups remained stagnant, and there is widespread evidence of a persistent ‘democracy gap’ - meaning, those with greater economic and educational privilege participate at much higher rates than those without, exacerbating existing power structures. As economic inequality continues to rise and the role of money in politics becomes more central, this trend represents a considerable threat to democracy. While deeper systemic changes are needed, it is encouraging to see disruptive ideas and tools being used to enable more equity in participation. Exciting examples include the introduction in the UK of citizens assemblies to inform policy development and training programs on campaigning. A two year action research project called Public Square, recently launched by The Democratic Society and mySociety will contribute to understanding the state of democratic innovation in the UK and identify opportunities to improve participation at the local level.

While the vision of ‘universal participation’ is admirable, it is unreasonable to expect that everyone will have the time, inclination, or skills to participate. Over the past decade, we’ve seen how critical the role of intermediaries is in democracy. Putting the entire burden of holding power to account on citizens – asking them to interpret open contracting data, submit freedom of information requests, own their personal data, or engage in a local participatory budgeting meeting or simply cast their vote – is idealistic and unrealistic.

Journalists, activists, lawyers, and community organisers, among others, are crucial to uncovering, distributing, and analysing information of relevance to the public interest. They also play a part in listening, interpreting, and advocating on behalf of people. Still, there is a tension here that needs greater exploration. If we care about closing the democracy gap, we must ensure that those acting as intermediaries are representative rather than simply extensions of existing elite power structures.

What form does participation take?

We must not assume that greater participation equates to a new-found enthusiasm for democracy. Although political participation is on the rise, belief in democracy and democratic governments has been falling. Among the concerning statistics, support for democracy has fallen to 48% in Latin America and to 45% among 18-29 year olds in the U.S.. Only 34% of Africans believe they live in a democracy and are satisfied. Globally, 64% of those living in democracies believe government rarely or never acts in the public interest, while only 41% of those living in autocracies said the same. If those with deep distrust in institutions begin to make up a greater percentage of those participating, there is a risk this participation will translate into further polarisation and increased support for authoritarian leaders who seek to dismantle democracy from within.

As we consider forms of participation, we need to understand more about what motivates people to engage – from low-commitment efforts like petition signing to high-intensity actions such as running for elected office – and about what causes some individuals to become apathetic and others to take a radical or violent turn.

As the factors that influence the shape of engagement become better understood, advocates should seek to make political participation not only more accessible, but also more constructive, more satisfying, and thus, less likely to fuel disenchantment.

How is participation received by government?

Many governments face an important choice: to accept and make space for diverse voices and political participants, or to see them as threats to their power.

The current global trend is toward the latter. This is unsurprising. In 2018, autocratisation affected one third of the world’s population, or some 2.5 billion people. Today’s autocrats are more likely to gain, consolidate, and lose power through democratic means than through coups.

Simultaneously, the means to do so have become widely available and affordable through new technologies. Authoritarian governments have introduced systems of organised repression and surveillance designed to encourage ‘good behaviour,’  keep tabs on the political opposition, and target and control minority groups. These trends are deeply troubling and have rightly fuelled strong criticism and protest from human rights advocates.

Sadly, however, growing restrictions on civic space are not confined to authoritarian regimes. Alongside rising participation, this year’s EIU index cited substantial declines in civil liberties across the globe. We have been particularly troubled by the deterioration of freedoms of expression and the press, as journalists who seek to expose the truth continue to face the costs of censorship, intimidation, imprisonment, and violence.

Still, there are many examples of government and other institutions acting as critical backstops to protect those who choose to confront power through political participation. Judiciaries should remain at the forefront of this defence of rights, keeping checks on executive and legislative power. As courts become increasingly politicised, we are committed to supporting those in government and civil society who are working to maintain the critical role of independent judiciaries who uphold the rule of law.

Organisations defending civil liberties, advocating for stronger safeguards, exposing violations, and holding authorities accountable require more support than ever before. These elements of civil society play a critical role in the continued strengthening and maintenance of institutions which act as counterweights to the excesses of executive power. Without them, democratic governments will give in to the temptation of greater control over their citizens.

While increased and positive participation alone won’t solve the global challenges to democracy, it does provide a glimmer of hope and should be nurtured.  To do this, much more needs to be done to ensure equitable access to participation; journalists must be protected; safeguards must be put in place to prevent the use of technologies to further restrict civic space; and we must support and strengthen those institutions that can curb the excesses of executive power.

It is going to take a strong concerted effort to stop this democratic recession from sliding into a long-term depression and to ensure that governments acknowledge that while people’s participation can be messy and noisy, it is critical to building stronger societies.